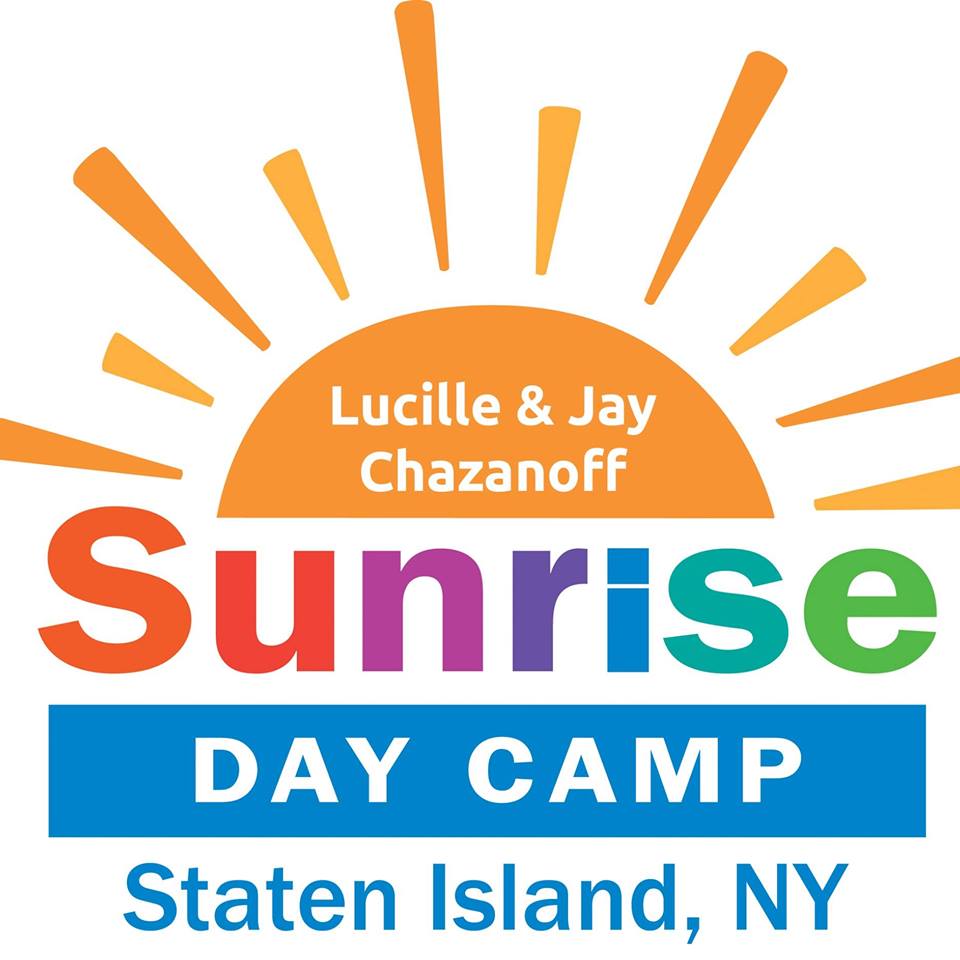 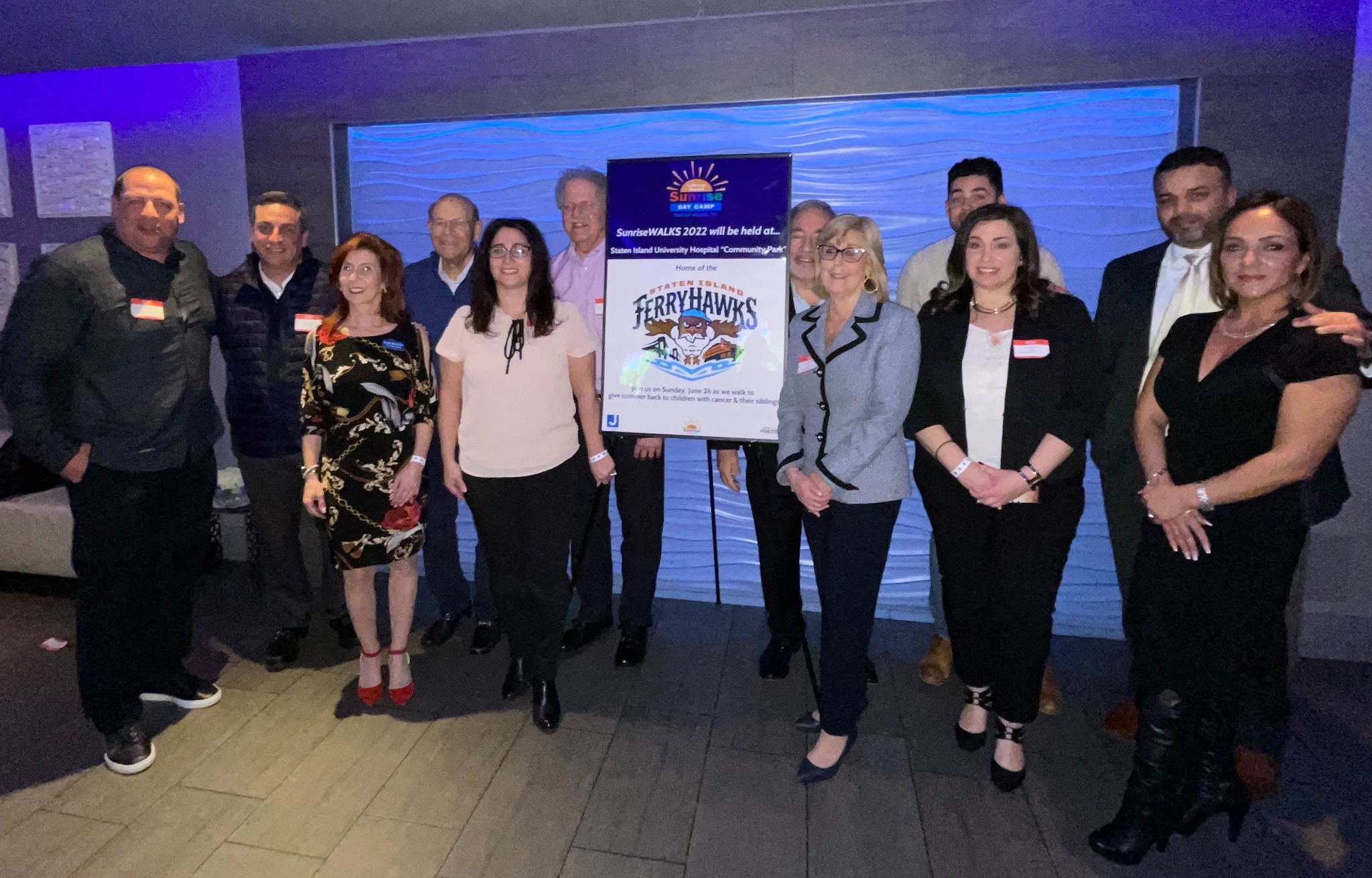 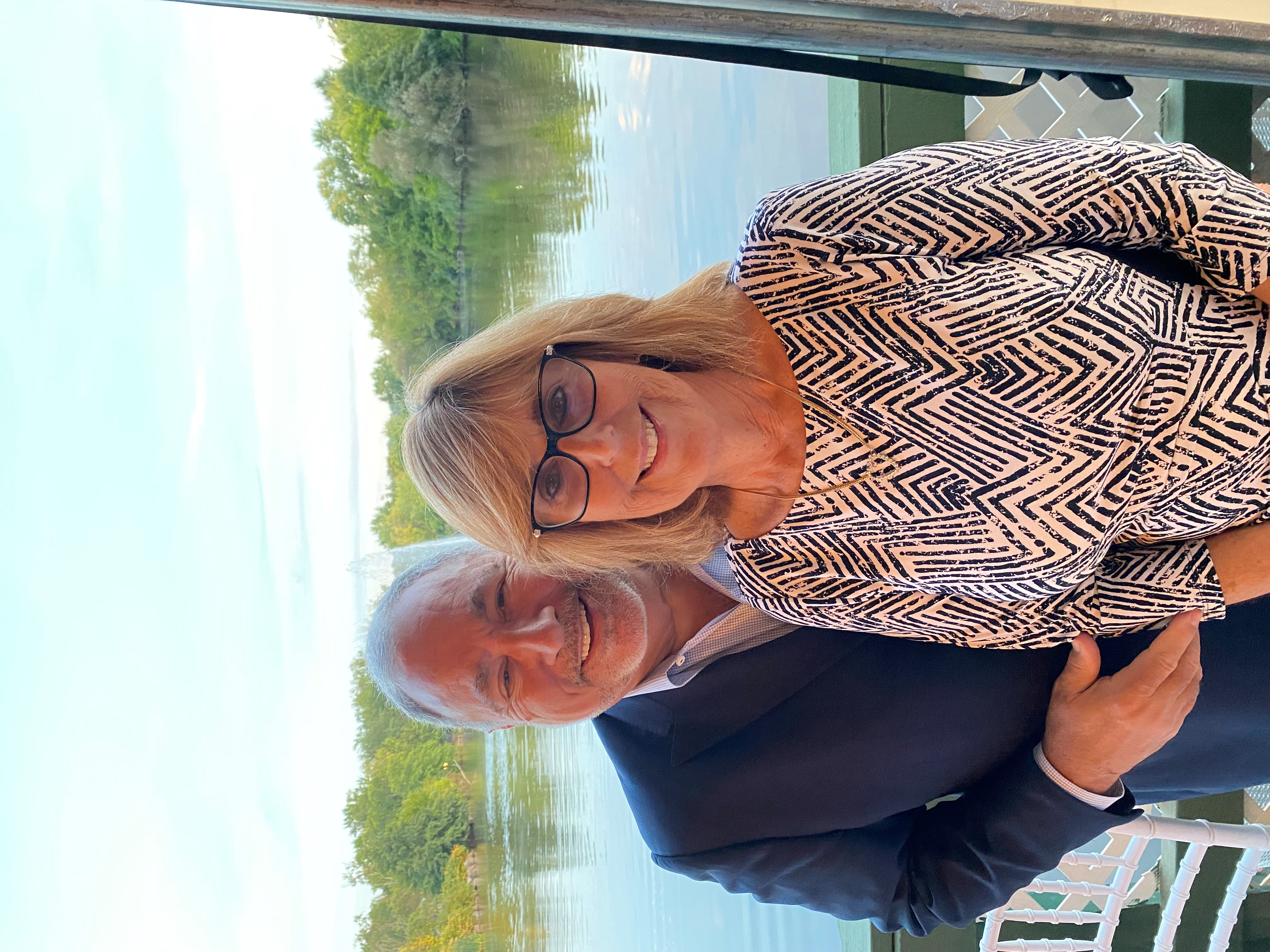 Gail Castellano, First Senior Vice President and Regional Executive of Richmond County Savings Bank a division of New York Community Bank has achieved a great level of success through hard work, determination and the desire to continually provide outstanding service to her customers while giving back to the community. Highly motivated and results oriented, Gail has distinguished herself as a leader in the Retail Banking Industry. She began her banking career 29 years ago at an entry level position. It was through diligence and dedication that Gail has risen through the ranks to become a First Senior Vice President and Regional Executive overseeing 20 branches, 200 employees and deposits over 2.5 billion, which have grown significantly under her tutelage.

Gail received numerous awards over the span of her career. She was the recipient of the prestigious SIEDC’s Executive Woman of the Year award, an honoree at both Eger Foundation’s annual Golf and Bocce Classic and Harbor House. Gail was named one of the 25 most influential people who live or work on Staten Island and one of Staten Island’s 100 Most Powerful people both by City & State, New York, several years in a row.  Gail received the Community Impact award from the Jewish Community Center of Staten Island for her dedication to Sunrise Day Camp and the Woman of Distinction Award in Albany from State Senator Andrew Lanza. Gail has been named one of the Top 31 Business Leaders by the Staten Island Economic Development Corp and she received the Community Impact award from City Access New York for her assistance during their time of need.

Gail enjoys spending time with her family. She has been married to her husband John for forty five years and has 3 children, Nicole, Richie, Lauren (Steven) and 2 granddaughters, Skylar & Ella Schwab, the apples of her eye.

John is a 4th generation professional musician, an accomplished guitar player & vocalist, business owner & a prominent figure in the Staten Island Arts Community.   In 1993 John opened Castellano’s House of Music, on Staten Island, in Graniteville and in 2004, a 2nd location in Great Kills.
John believes in the importance of giving back to those in need and his community. He is a supporter of several local & national organizations including the St. George Theatre, the Staten Island Jewish Community Center, and the Lucille & Jay Chazanoff Sunrise Day Camp.
John is a long standing member of NAMM (National Association of Music Merchants), and a member of the Staten Island Chamber of Commerce.  For the past 5 years John has partnered with Exploring the Arts, a program whose vision is to provide greater equality of resources and opportunity in the Arts to traditionally underserved teens.
John is a past recipient of the Chamber of Commerce Louis R Miller Business Leadership award, the Staten Island Arts Achievement in the Arts & Humanities Award, the SIEDC Top 31 Small Business Award, The Eger Harbor House Community Service award & the Staten Island Advance Best Music Store Award. This coming September John will be the recipient of the Lifetime Achievement Award from Wagner College’s Da Vinci Society.
John is a dedicated family man.  He is married to his spouse Gail, for forty five years and is the proud dad and grandfather to 3 children and 2 granddaughters.  Nicole operates their family music stores, Richie is a member of the famous classic rock group, Blue Oyster Cult and Lauren is Supervision Operations Chief of Staff at the Federal Reserve Bank of NY.
His precious granddaughters are Skylar and Ella Schwab.
Ilana & Niles French 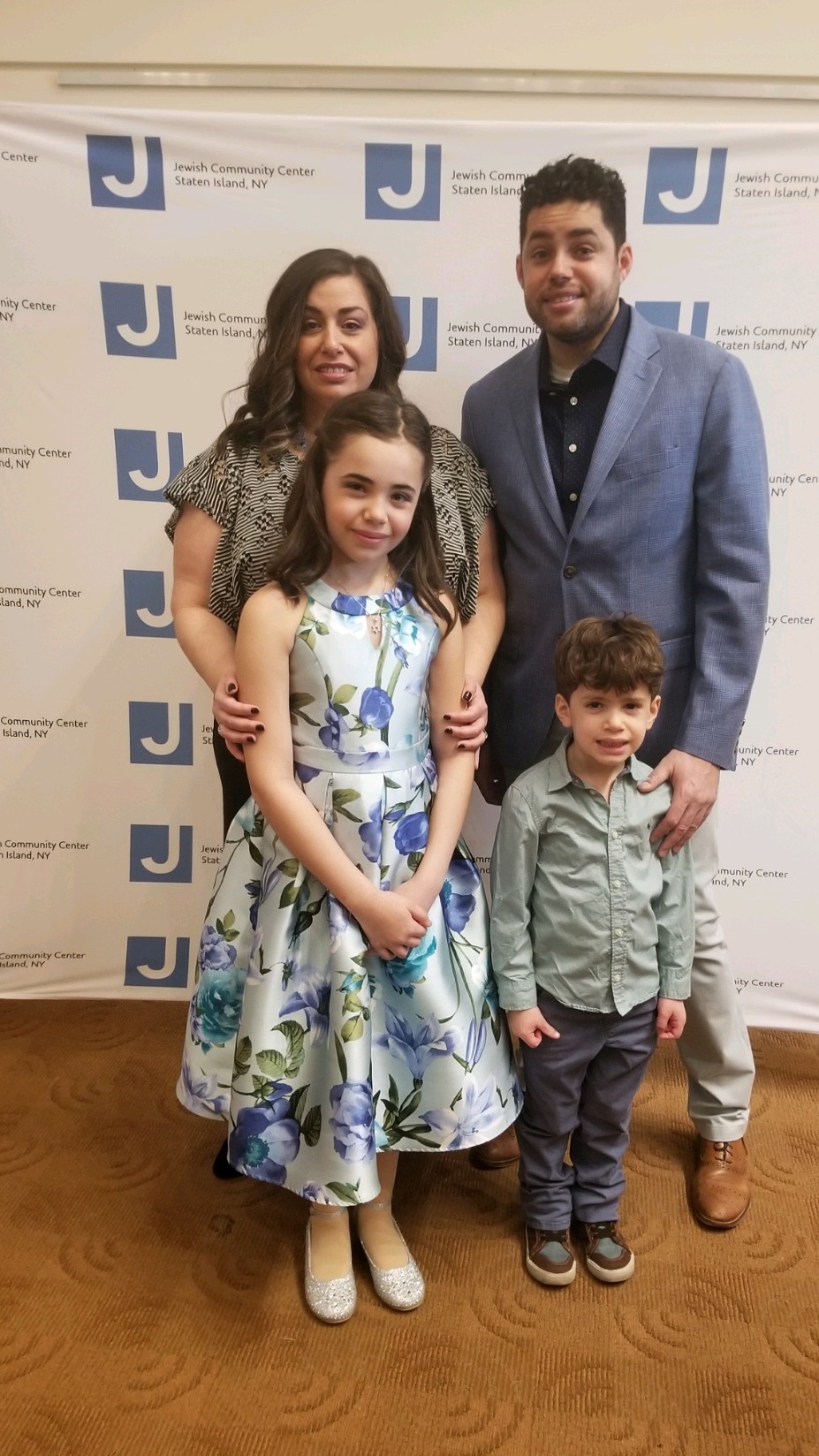 Ilana French is a Program Manager and Head of Migrations at UBS. With two decades in Corporate Finance, Ilana has extensive knowledge in wealth management, equity solutions, client relations and data migration. Prior to UBS, she has worked in some of the industry’s top firms including Smith Barney, Citibank and Morgan Stanley.

Ilana is married and has two children who attend programs at the JCC. Her older daughter, Maddison, is a graduate of JCC’s Early Childhood program and continues to attend JCC Camp. Maddison was just recently awarded the Nancy Avis L'Dor V'Dor Next Generation Award for her contribution to the community with "Maddie's Sweet Treats". Her younger son, Noah, attends daycare at the Bernikow location as well as summer camp.

In 2016, Ilana created “If Everybody Club” program that ran in the Bernikow location. The program provided children with an interactive approach to learning through innovative play and theatre games. Children developed a sense of teamwork, friendship, acceptance and compassion.

Ilana was born in Israel and came to the United States at the age of 8. A graduate of the College of Staten Island (CUNY), Ilana holds a Baccalaureate Degree in International Business with a minor in Finance. She is a resident of Charleston in Staten Island.

During his career, he has secured over $5 million dollars in capital funding and $1.5 million in private grants for infrastructure, adaptive reuse, planning studies and public programs. Mr. French has also organized many large-scale income generating events and public educational programs. He also has expertise in contract/vendor administration, real estate trends and risk management. Mr. French has built strong relationships with stakeholders, elected officials and the team he manages through building positive relationships.

He is also an adjunct professor for his Alma Mater, the College of Staten Island and is a published author.  He is a Staten Island native and resident where he lives with his wife Ilana, two children Maddison and Noah.   Macenzie O'Leary & Family 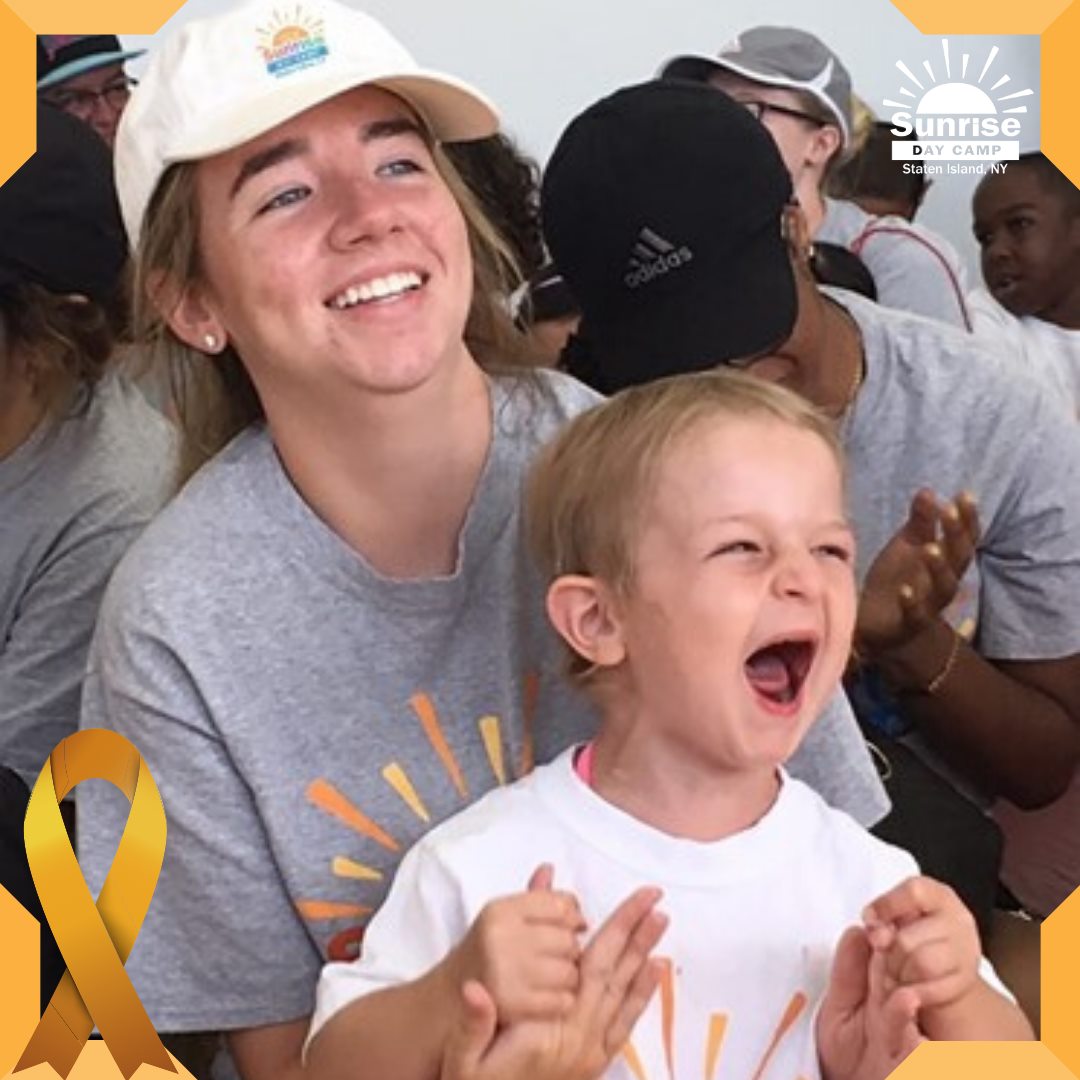 Macenzie O’Leary has been a Sunrise Day Camp-Staten Island counselor since 2018. She is currently the head counselor for the camp’s youngest division. Dedicated and encouraging, Macenzie represents the essence of the Sunrise Day Camp staff. She always has a big smile on her face and warmly welcomes new campers to the Sunrise community.

Supporting Sunrise Day Camp is a family affair for the O’Learys! Macenzie’s mother became involved with Sunrise more than five years ago and collaborates with friends to create beautiful raffle baskets for Sunrise fundraisers, including SunriseWALKS. Macenzie’s sister has also worked at camp as a head counselor and sports specialist. The family continues to make a difference for children with cancer and their siblings by serving as SunriseWALKS co-chairs this year.