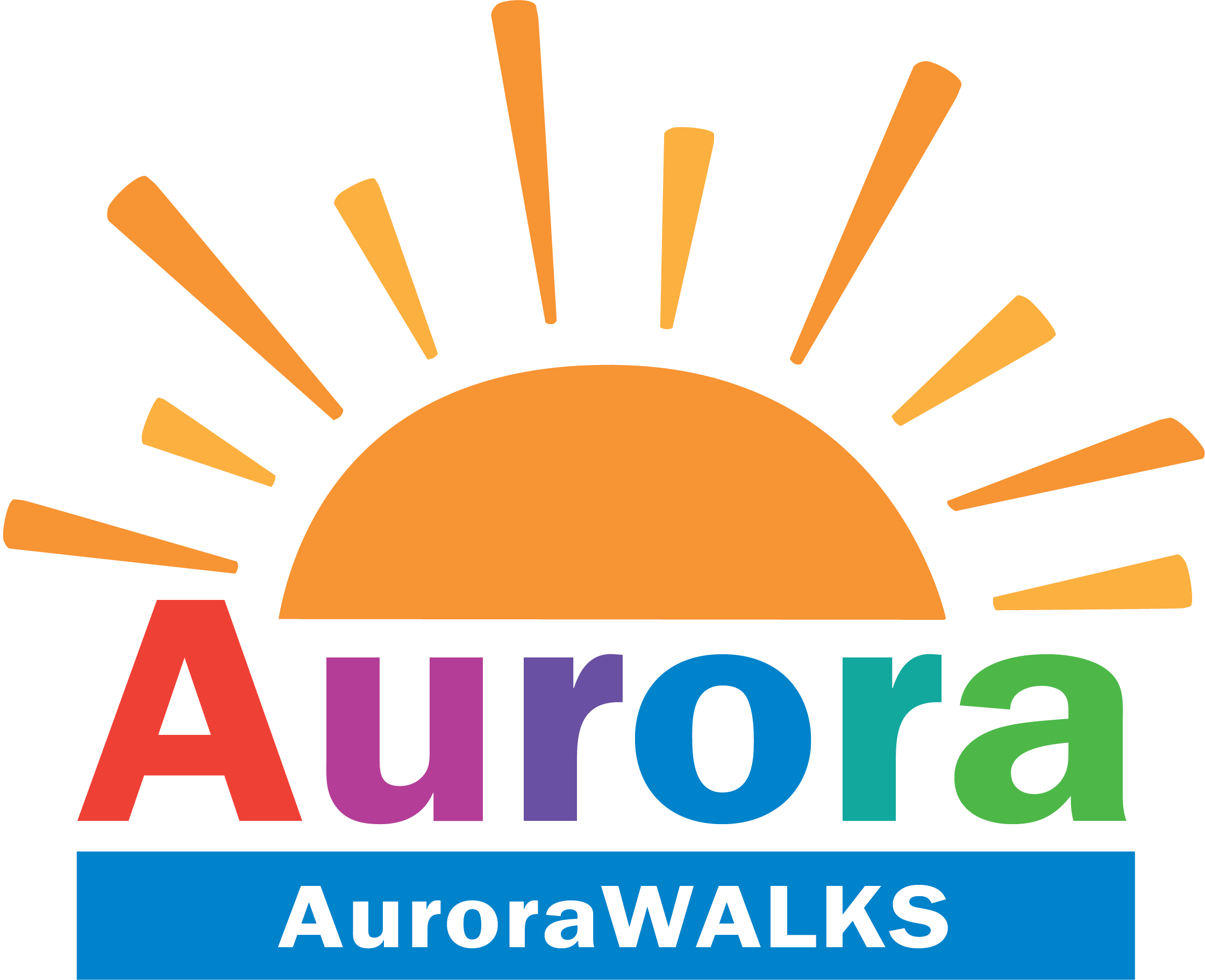 Meet our Ambassador Family
The Kelly's 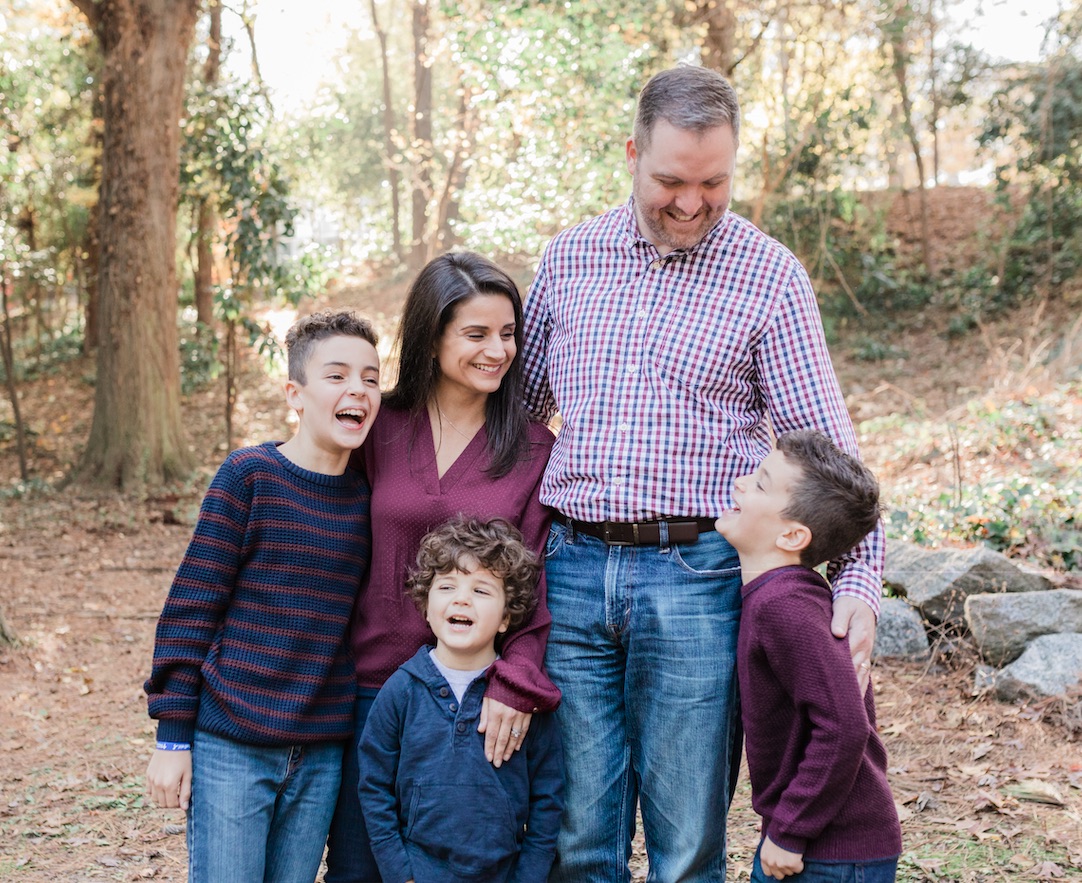 Join or Give to Team Maddox Strong

Maddox’s journey began in August of 2018 when we noticed a small lump under his left jawline. The next morning, we took him to the pediatrician, who thought it was odd but nothing serious. He suspected either a swollen lymph node due to an infection or a swollen parotid gland and started Maddox on a round of antibiotics. An ultrasound confirmed that it was a swollen lymph node. After a few weeks, a few more tests, and his second round of antibiotics, we were referred to an ENT. Maddox’s swollen lymph node stumped him as well but we were advised to just wait and see. In the meantime, all the labs ordered by both doctors came back perfectly normal. The swelling had increased so much so that friends were stopping us to ask what was going on with Maddox’s face. After several weeks and another ultrasound, the doctors agreed that it was time for a biopsy for diagnosis and then either proceed with waiting it out or removing it.

On November 2nd, we took our seemingly healthy 4-year-old to Children’s Healthcare of Atlanta Egleston for an outpatient biopsy. We were home by mid-afternoon and were enjoying an early dinner out when I began receiving continuous phone calls from an unknown number. I finally answered and although I was in a very crowded and noisy restaurant, the doctor’s voice saying “the biopsy results came back and it looks like Maddox does have cancer” came through loud and clear. We were told to go back to the ER immediately to meet with an oncologist and for more tests. We were in complete shock. Maddox was fine! He was going to preschool every day, playing sports, eating well, etc. etc. He literally had no symptoms except for a swollen lymph node. How could this be happening??? 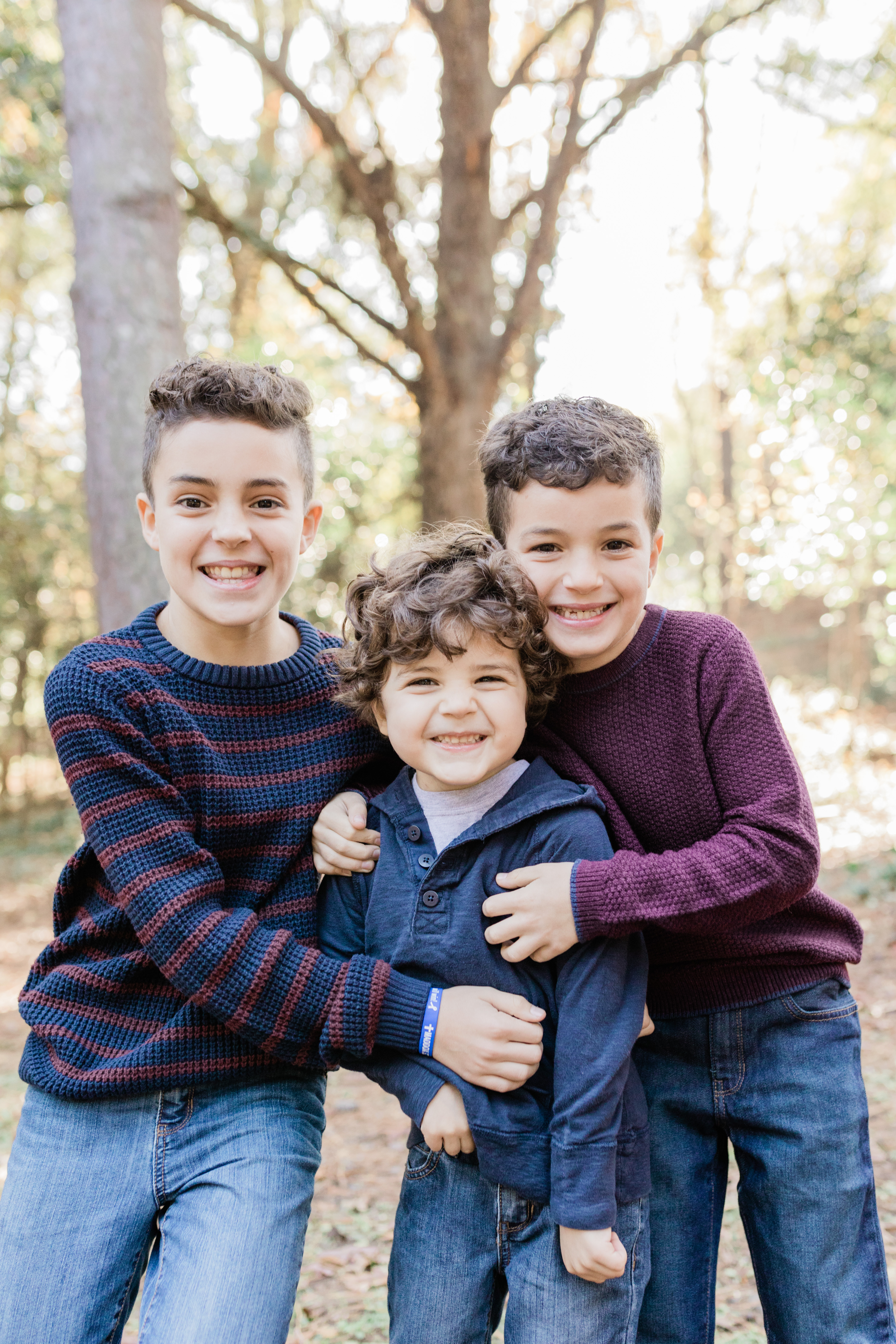 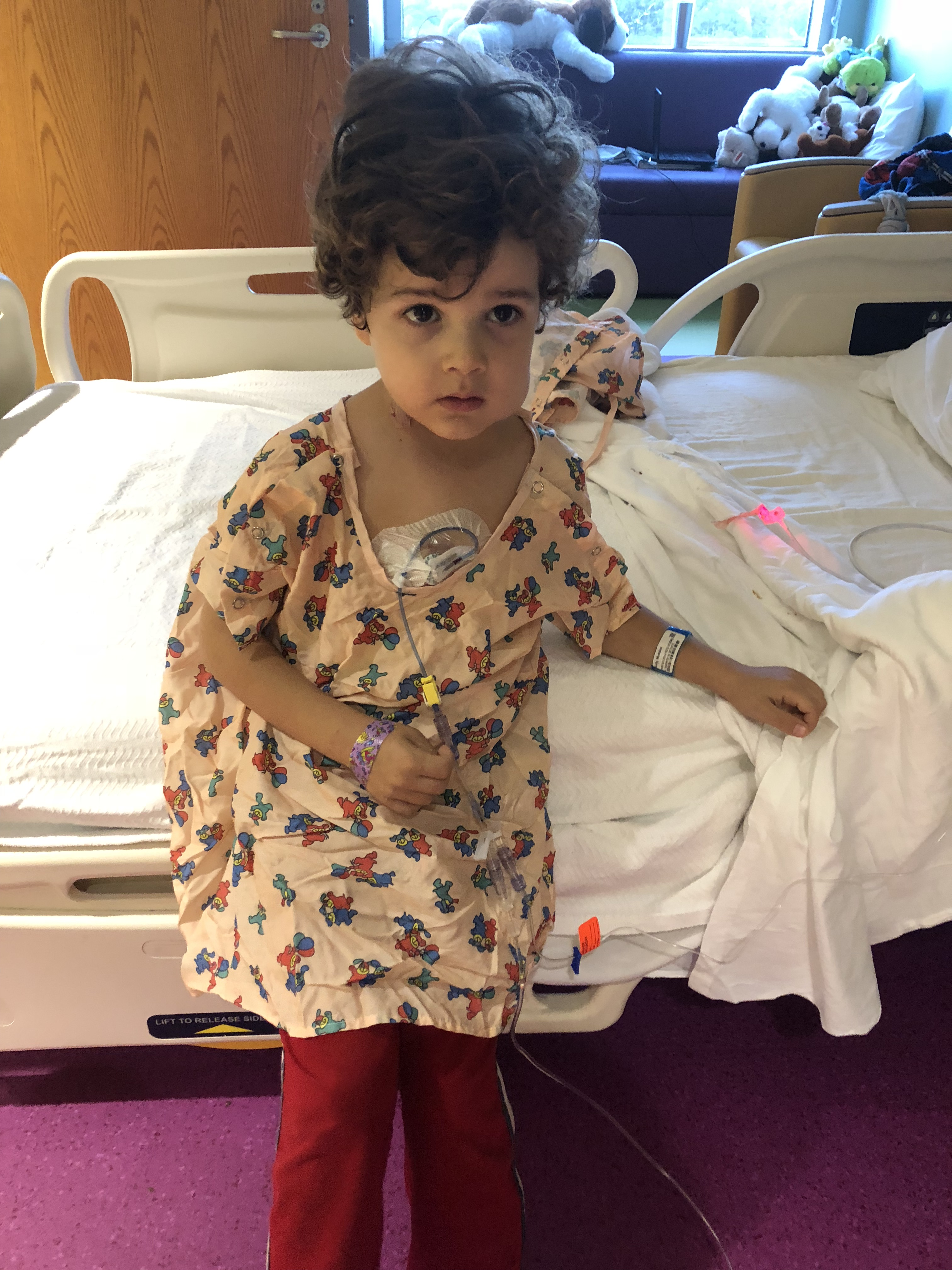 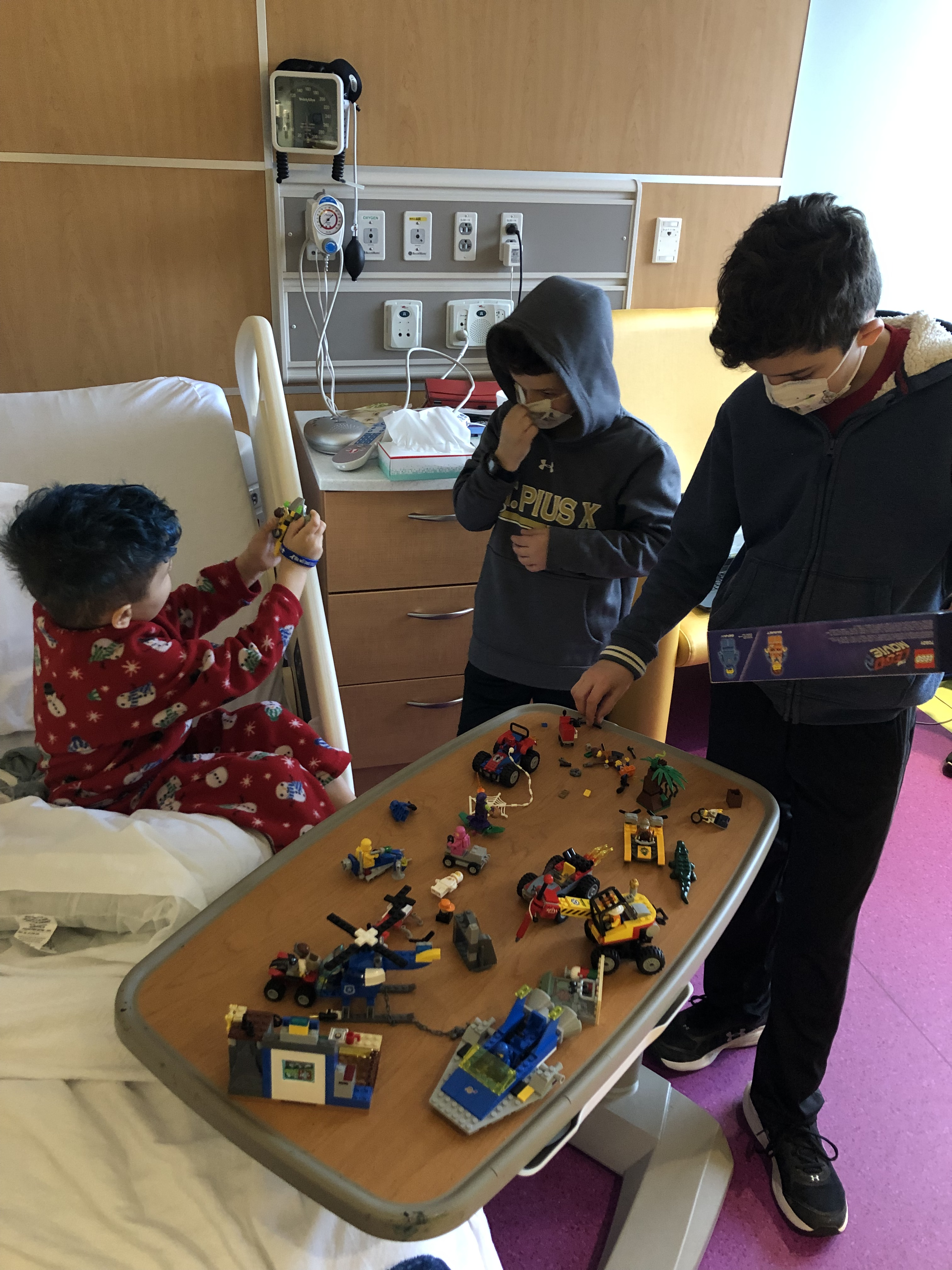 We ultimately did get to go home that night but we were back the next day. Maddox was admitted to Children’s Healthcare of Atlanta Scottish Rite for the following week which included multiple tests, X-rays, an EKG, an echocardiogram, more labs and a bone marrow biopsy. On Tuesday, our team of oncologists confirmed Maddox had Acute Lymphoblastic Leukemia (ALL).  Maddox also underwent surgery to have his power port placed for his future chemo infusions, which started that week in addition to beginning a month of steroids.

In the last 8 months, Maddox has had weekly chemotherapy infusions and lumbar punctures where he has to be sedated to receive the chemotherapy in his spine. He also ended up in the hospital again a few months after initial diagnosis due to nonexistent immune function in the middle of flu season. In addition to these visits, he also takes chemotherapy pills at home and has had multiple steroid pulses. He will continue treatment until January 11, 2022. Yes, 2022, that is unfortunately not a typo. 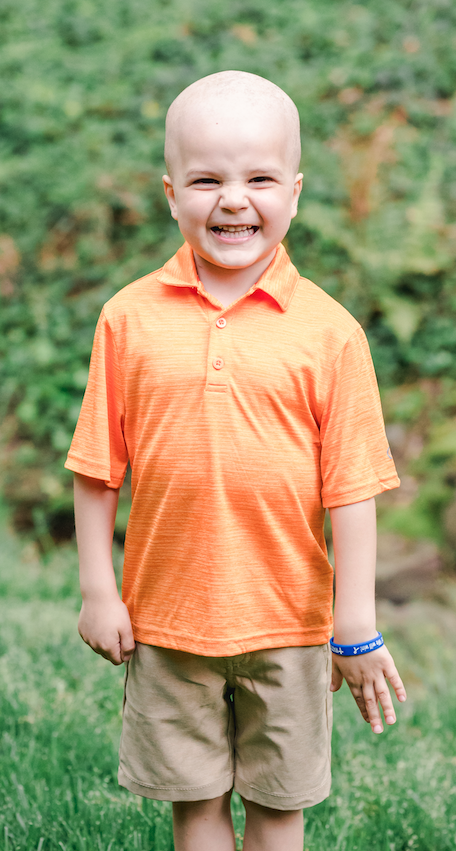 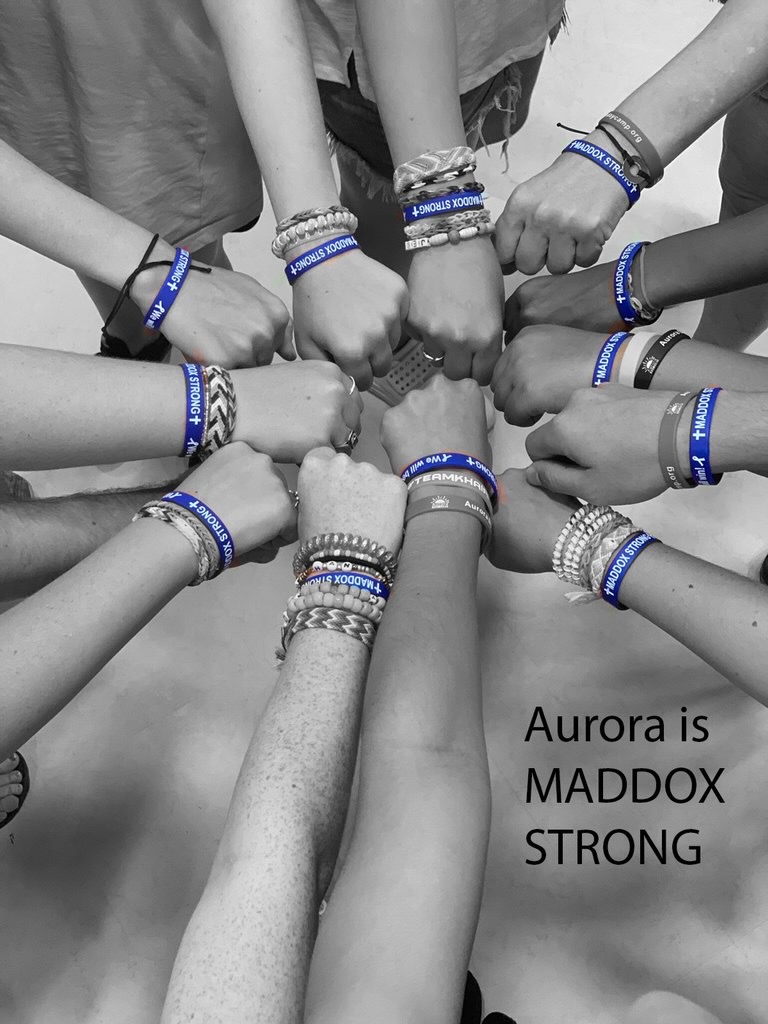 Up until mid summer, he was going to continue on the protocol of infusions and steroid pulses every 4 weeks until 2022. But thanks to pediatric specific research, findings from new studies have shown the same results from infusions and steroids every 12 weeks instead of 4 weeks. As a result, the protocol for his specific type of leukemia has been updated. Less chemo with the same results is AMAZING! Less toxicity. Less immediate side effects. Less long-term side effects. Of course as any parent can imagine, our ultimate goal is a cure and we will do anything we can to ensure Maddox is cured. Unfortunately, in the cancer world, that usually means dealing with side effects forever.

The last year has been full of emotions for our family…fear, anxiety, anger, panic, longing to be with each other when we can’t be, you name it. But it’s also been full of faith, love, joy and support. So much support! We have felt so many arms wrapped around us by those we know and love and even more by strangers we now call friends. It’s one thing for me to feel the support from other adults who have gone through similar situations or those lending a helping hand. But it’s so much more when my children, all of my children, can feel love and support from a team of strangers. 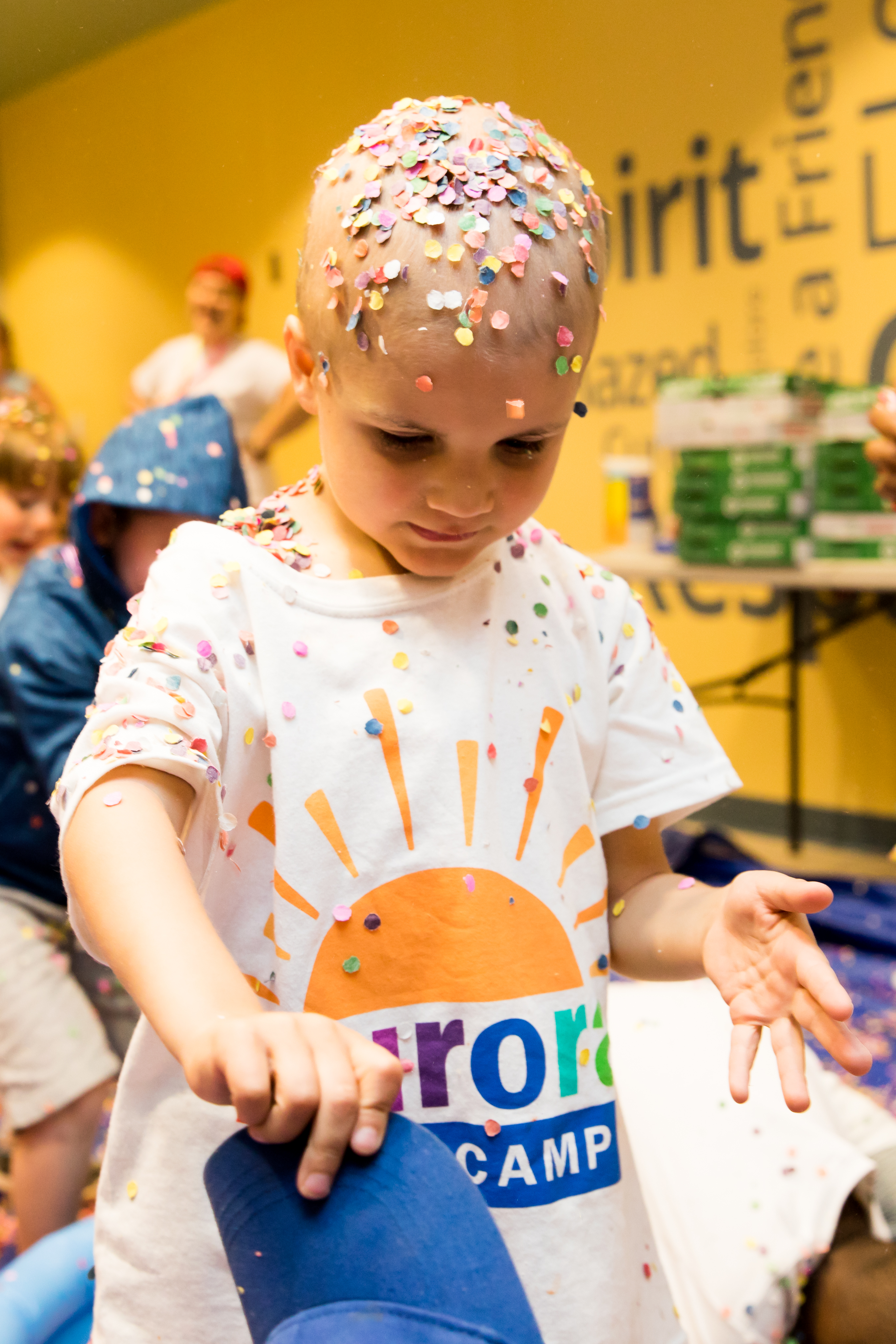 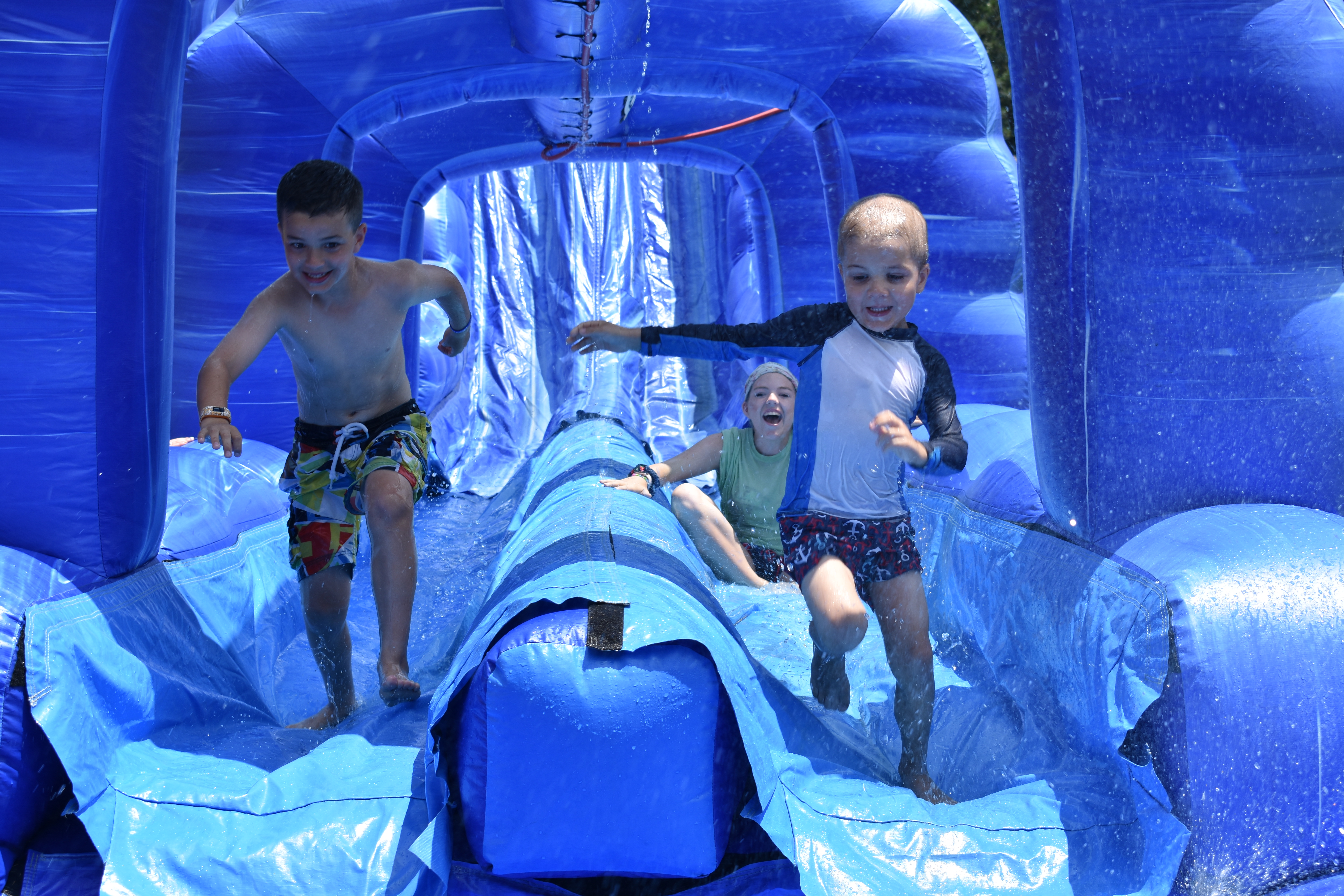 Thankfully, Maddox had finished the most intense portion of his treatment protocol in June and was so excited to spend the summer with his brothers and friends. Truthfully, when I first heard about Aurora Day Camp I was a little hesitant. But, I knew if Dr. Lew was the medical director and I was literally trusting him with my child’s life, then I could trust him with recommending a day camp for my three boys. And of course I was absolutely right about trusting Dr. Lew, no surprise there. What did surprise me is how much more than just a day camp Aurora became to my family.

Camp Aurora was an experience filled with joy for my boys at a time when they desperately needed it. The staff made sure that every day was a positive experience filled with unique and creative activities for each and every camper. If you know my boys, you know they are very different. Each of them found something they loved each and every day at camp while surrounded with new friends in their camp groups and their camp counselors. They got to try new activities they otherwise never would have tried without Camp Aurora making it accessible for them and without their counselors cheering them on every step of the way. More than the day to day fun, Camp Aurora was a safe place for my kids to enjoy life in spite of everything Maddox was going through and to do it surrounded by those who understood. Camp Aurora reminded them that regardless of being a cancer family, they were still just kids! I never expected the counselors to become role models for my children. I never expected to see such a difference in my boys after just a couple weeks at camp. I don’t think I can adequately put into words what camp meant to boys but it was hands down the most amazing summer they've ever had. A safe place for Maddox. A fun place for all and most importantly a place where they could all go TOGETHER and just be kids!